How Gateway Router Propagates and Injects a Default Route

A router forwards an incoming packet from the default route only when no route is available for that packet in the routing table. This default behavior allows us to configure a default route for an external network without interfering with the existing routes of the internal network.

This tutorial is the last part of the article \”Configure Default Routes in Cisco Router\”. Other parts of this article are the following.

This is the first part of the article. This part describes how a default route works as well as also explains the command syntax that is used to configure the default route.

How to configure Default Routing in Cisco Routers

This is the second part of the article. This part explains how to configure default routing in Cisco routers.

This is the third part of the article. This part explains how to configure a default route to forward all unknown packets to a logging device for monitoring purposes.

In this part, through a practical example in the Packet tracer, we will understand how to configure, propagate and inject a static default route without changing any setting of the existing network.

Create a packet tracer LAB as shown in the following image and assign IP configuration. 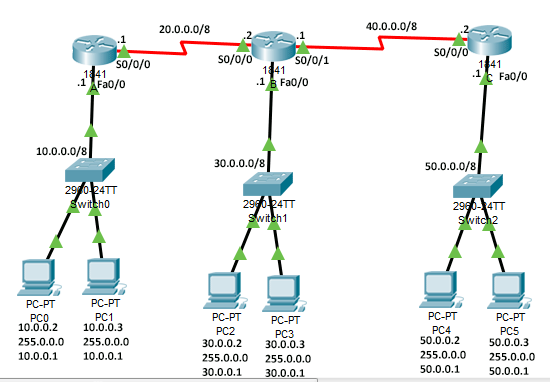 Configure RIPv2 routing on all three routers (A, B, and C) as shown in the following figure. 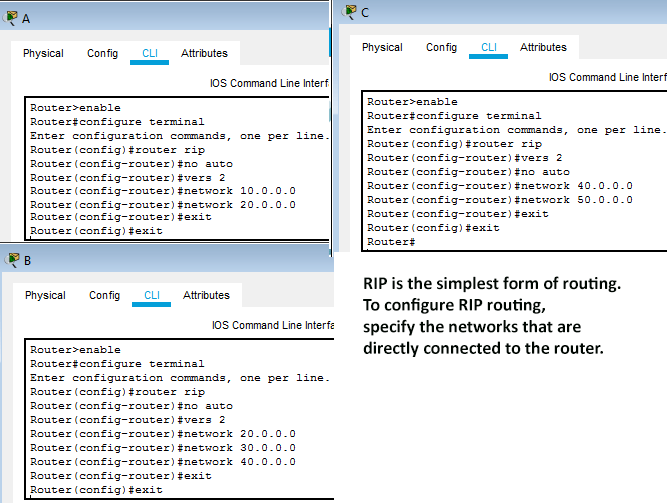 To verify the setup, test the connectivity between PC5 and PC1. 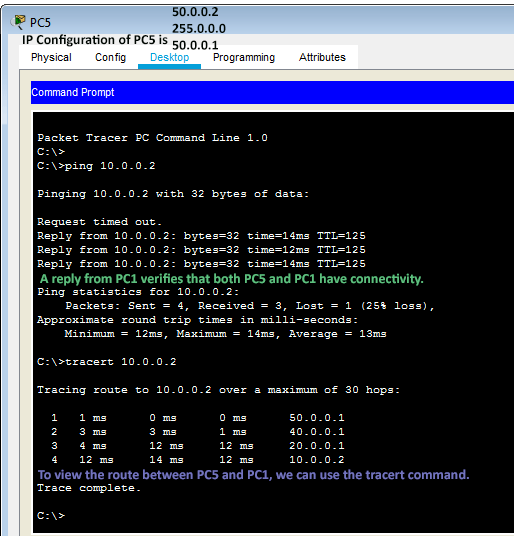 To simulate the DSL modem, connect a router on the Ethernet port of the router A and assign IP configuration as shown in the following image. 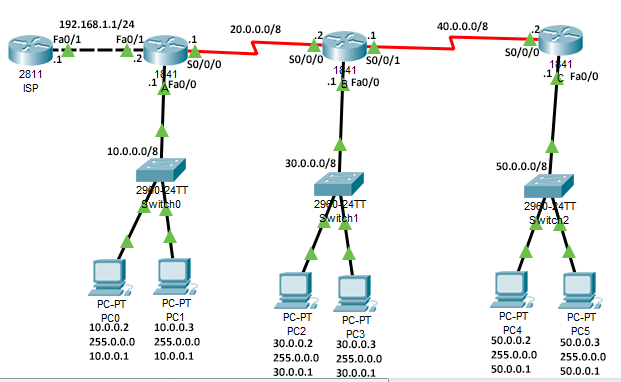 If you cannot replicate this LAB in your packet tracer, you can download the following pre-configured practice LAB.

Configuring and injecting a default route

Since we have connected the DSL modem (ISP router) to the Fa0/1 Ethernet port of router A, this router will now act as a gateway router. To configure the default routing on this router in such a way that it forwards only internet traffic from the Fa0/1 interface, run the following commands from the global configuration mode.

The third command instructs the RIP-routing protocol to advertise/propagate the default route through its broadcasts. 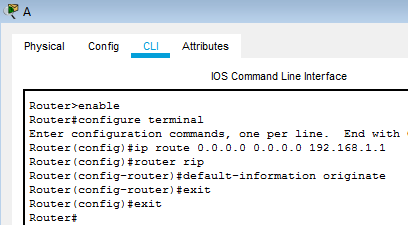 To verify that the default route is properly propagated and injected in routing tables of all routers, use the \”show ip route\” privileged-exec mode command. 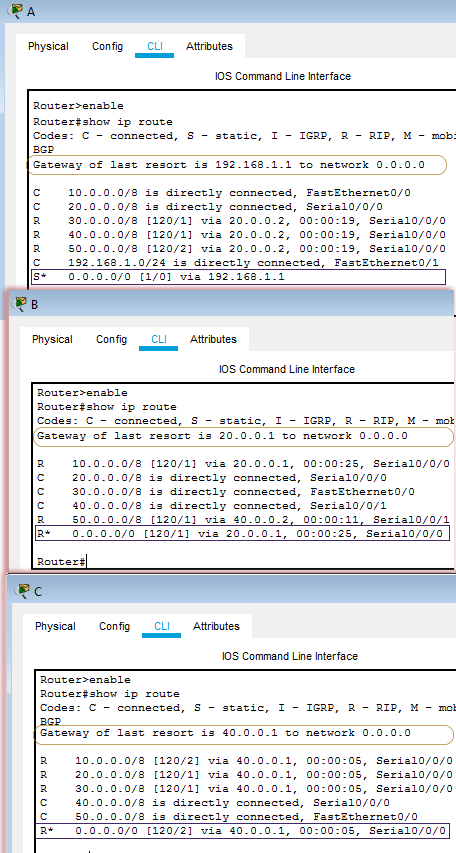 As you can see in the above output, the default route has been successfully injected into the routing table of all routers. Now, any packet that is not intended for the internal network will be sent to the gateway router and the gateway router will forward that packet from the Fa0/1 interface to the ISP router.

To simulate this scenario, open PC5\’s traffic generator and make the settings as shown in the following figure and click the Send button. 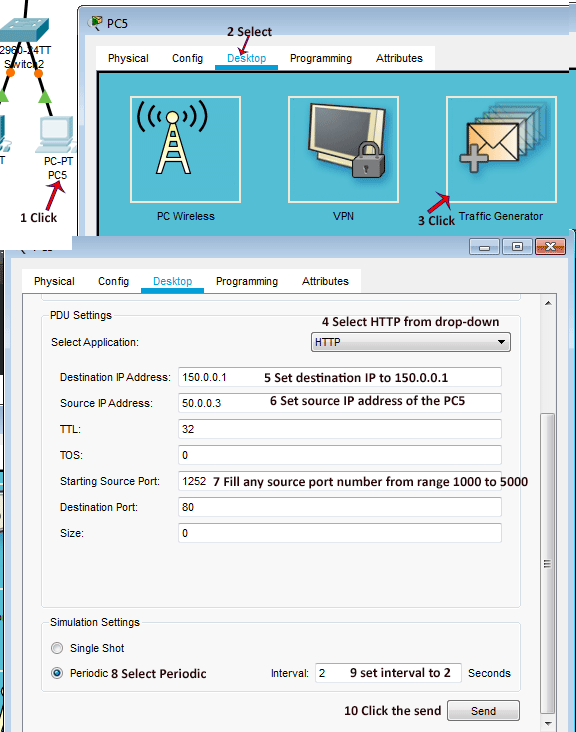 Once the send button is clicked, PC5 continuously sends HTTP packets to the destination IP 150.0.0.1. If these packets reach the ISP router, our setup will be verified. 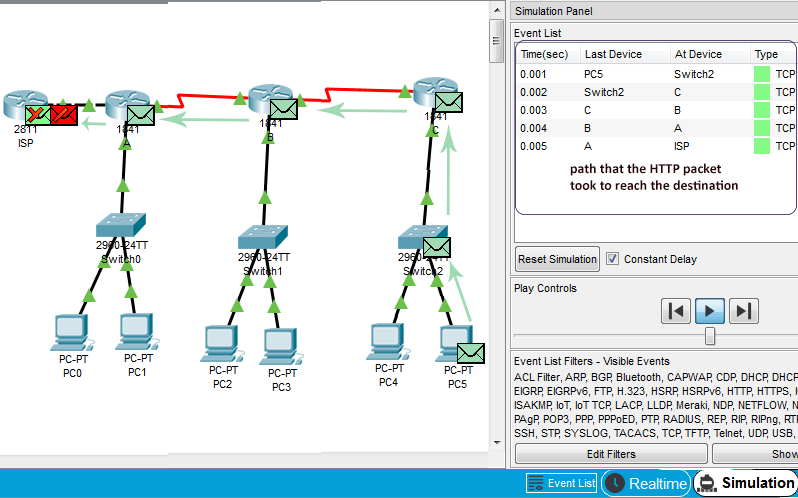 As you can see in the output above, packets sent to the Internet host have reached the ISP router. This verifies that the network’s PCs can access the Internet through the configured default route.

To verify that we have not messed up existing routes, let\’s do another test. Open PC5’s traffic generator again and click the Stop button to stop the ongoing testing.

Now, adjust settings as given in the following image, and click the Send button to send the FTP packets to PC1. 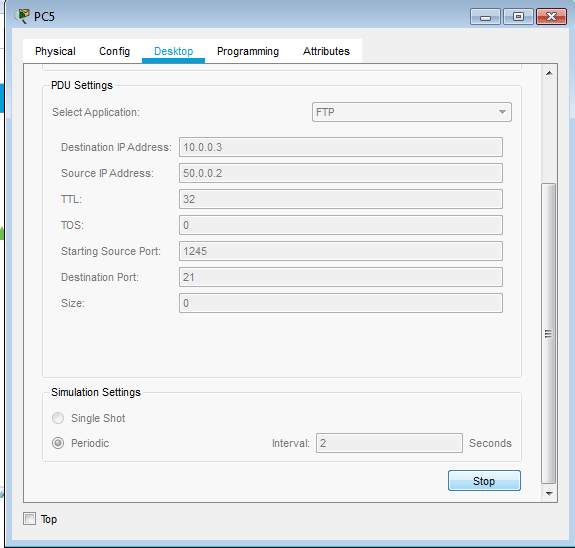 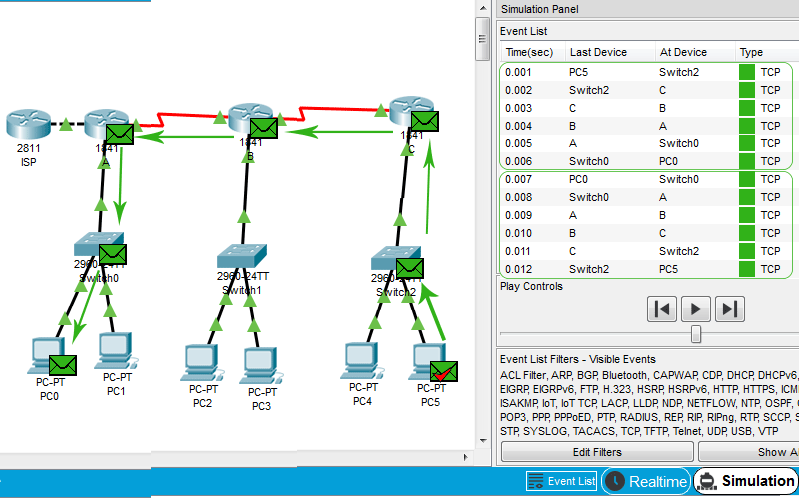 In case if you don’t get a similar output, download the following configured LAB and compare your LAB to detect misconfiguration.

That’s all for this tutorial. If you like this tutorial, please don’t forget to share it with friends through your favorite social channel.