If require, you can download the latest as well as earlier version of Packet Tracer from here. Download Packet Tracer

In this practice lab

Use enable command to enter in privilege exec mode. Cisco IOS supports unique context sensitive help features.
We can use this features to list all available commands and parameters those are associated with show command. 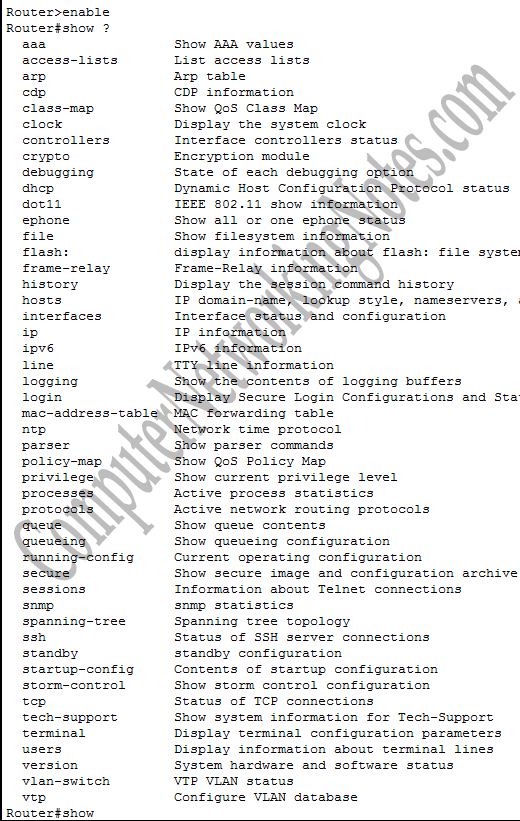 If prompt returns with parameters excluding <CR> that means it requires more parameters to complete this command.

If prompt returns with <CR> only as option, that means router does not need any additional parameters to complete this command.
You can execute this command in current condition. 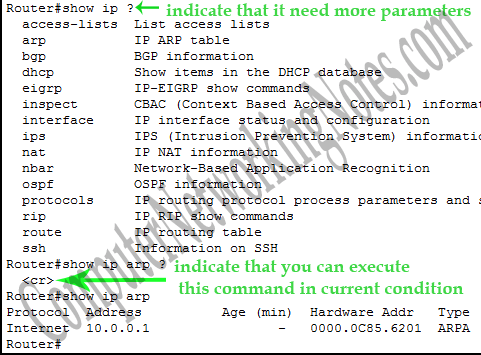 This command shows the status and configuration of interfaces. By default it will display all interfaces.
But you can limit it to particular interface. To view the detail of specific interface you can use the following command.

This command provides a quick overview of all interfaces on the router including their IP addresses and status.

This command is used to check the hardware statistic of interface including clock rate and cable status such as cable is attached or not. One end of serial cable is physically DTE, and other end is DCE. If cable is attached, it will display the type of cable.

This command displays names and addresses of the hosts on the network that you can connect.

This command displays users currently connected to the router.

This command shows the status of configured layer three protocols on the device.

Router keeps a history of used command. This command will list the used command on that level.

Show command supports several other parameters to display command specific information. Due to length of this article we will include them in next articles with their respective topics.