This tutorial explains what the Cisco IOS is and what are the main responsibilities of the IOS. Learn the features and functions of the Cisco IOS in detail.

What is the Cisco IOS?

The Cisco IOS (Internetwork Operating System) is a proprietary operating system that provides routing, switching, and internetworking features. It controls and manages the hardware on which it runs. Technically, it provides an interface between a user and the hardware, allowing the user to execute commands to configure and manage the Cisco device.

Functions of the IOS

The IOS is responsible for the following functions: –

Let’s understand these functions in detail.

Routers and switches are manufactured in two types of hardware platforms: fixed chassis and modular chassis.

If a router or switch is built on the fixed chassis platform, then we have to use it as it is. We cannot add any additional ports or interfaces to it and at the same time, we cannot remove any existing interfaces or ports. 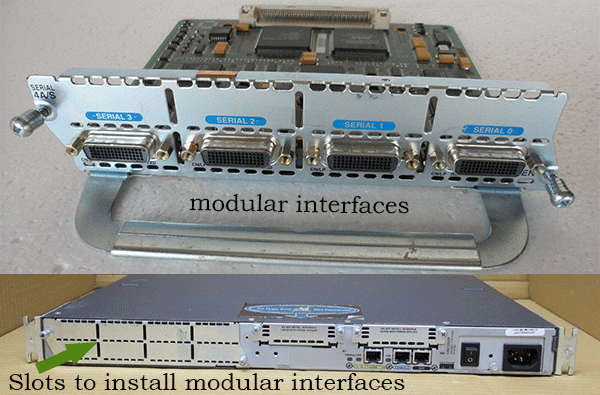 Each media type uses a separate format to transfer data over it. The IOS not only understands the formats of almost all modern media types but can also convert them.

You can use an IOS running router to connect two different networks that use different media types such as: –

The first IOS was written in 1986 by William Yeager. Since then, to keep the IOS up-to-date, to ensure critical resources always remain accessible, and to adopt new technologies introduced in the market, Cisco has not only tweaked and tuned IOS several times but also has added new features in every update.

Because of the success of its IOS software, Cisco has moved from a garage-router company to one of the world\’s largest companies in less than two decades. Nowadays a large portion of the Internet backbone is composed of Cisco products. Due to the reliability and stability of the IOS, most enterprise networks, as well as ISPs use Cisco products in one form or another.

That’s all for this part. In the next part of this tutorial, we will understand the Cisco IOS naming convention in detail. If you like this tutorial, please don’t forget to share it with friends through your favorite social network.