Subnetting is a process of dividing a single large network in multiple smaller networks. A single large network is just like a town without any sector and street address. In such a town, a postman may take 3 to 4 days in finding a single address. While if town is divided in sectors and streets, he can easily find any address in less than one hour. 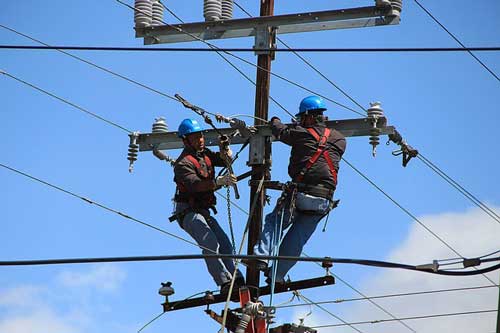 Besides these two examples, you can take several other examples from real life where large objects are divided in smaller sections.

A default class A, B and C network provides 16777214, 65534, 254 hosts respectively. Having so many hosts in a single network always creates several issues such as broadcast, collision, congestion, etc.

Let’s take a simple example. In a company there are four departments; sales, production, development and management. In each department there are 50 users. Company used a private class C IP network. Without any Subnetting, all computers will work in a single large network.

Earlier in this tutorial we discussed an example of electric announcement. You can relate that example with this example. In that example we learned how dividing a town in sectors can reduce announcement area.

Since company has four departments, it can divide its network in four subnets. Following figure shows same network after Subnetting. 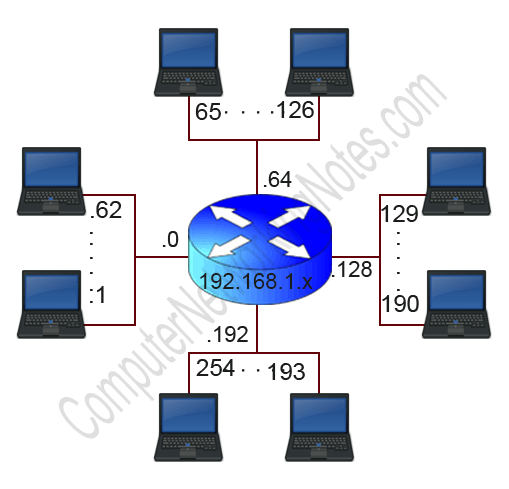 To learn how this table is prepared or how Subnetting is done, please see the next parts of this tutorial.

This tutorial is the second part of the article “IP Subnetting in Computer Network Step by Step Explained with Examples”. Other parts of this article are following.

This tutorial is the first part of the article. It explains IP addressing and network addressing such as IP address, subnet mask, IP address types and IP classes in detail.

This tutorial is the third part of the article. It explains the Subnetting concepts and terms such as network id, broadcast id, total hosts, valid hosts, power of 2, block size and CIDR in detail.

This tutorial is the fourth part of the article. It explains how to solve or answer any Subnetting related question in less than a minute with 50+ Subnetting examples.

This tutorial is the sixth part of the article. It explains VLSM Subnetting examples for Cisco exams and interviews.

This tutorial is the last part of the article. It explains Supernetting in detail with examples.

That’s all for this introductory part. In next parts we will learn the Subnetting components and terminology in detail. If you have any suggestion or comment about this tutorial, please mail me. If you like this tutorial, please don’t forget to share it with friends through your favorite social channel.